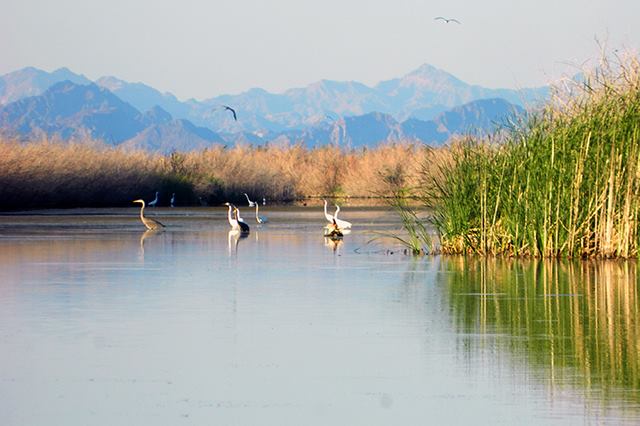 Cooperation between the U.S. and Mexico governments, supported by a coalition of non-profit organizations, has demonstrated the power of community to achieve environmental benefits as recently released scientific findings in the Colorado River Delta have documented.

On November 28, 2018, the International Boundary Water Commission (IBWC) published the “Minute 319 Colorado River Limitrophe and Delta Environmental Flows Monitoring Final Report“, the final report on the environmental impact of planned water deliveries to the riparian corridor of the Colorado River along the U.S.-Mexico border and Delta from 2013 through 2017. An interim report on the environmental impact of this 2014 pulse flow was published on October 21, 2016. 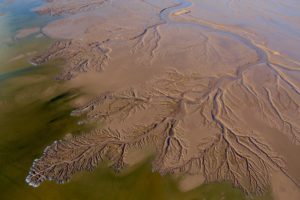 As one of the world’s most endangered rivers, the Colorado River is depleted by upstream dams and water diversions for farms and cities in both countries before it meets its natural end in the Gulf of California. Its delta, once a vast region of vibrant habitat for wildlife and migrating birds, is now dry, as the river stops 70 miles short of the sea. A unique and landmark bi-national collaborative effort to revive the dry delta landscape on behalf of the environment came to fruition in 2012 with the passing of a binational agreement between the U.S. and Mexico to restore habitat and dedicate water to the Delta. The agreement called for an engineered release of water into the region in 2014 – known as a ‘pulse flow’ – which flooded the dry Colorado riverbed in the Delta and reconnected habitats, wildlife, and local communities with the river for the first time in decades.

The U.S. and Mexico sections of the International Boundary and Water Commission (IBWC and CILA, respectively) are federal agencies that negotiate and implement binational water treaties and water allocations. In 2012, the IBWC and CILA successfully negotiated Minute 319, an agreement that helps the two countries better implement the 1944 U.S.-Mexico Water Treaty under current basin conditions (these types of supplementary treaty agreements are referred to as ‘Minutes’). Minute 319 has provided multiple benefits for water users on both sides of the border and is a result of the extraordinary binational collaboration among government agencies, conservation organizations, water users, and other Delta stakeholders.

In addition to the water flows for the environment, it more broadly has provided for the U.S. and Mexico to share surpluses in times of plenty and reductions in times of drought, offered incentives for leaving water in storage, and conserved water through joint investments in projects from water users in both countries. The agreement also served to recognize the Colorado River Delta as a place of ecological significance for both countries. 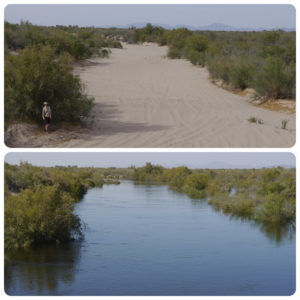 Following the signing of Minute 319, Colorado River stakeholders and a multinational, multidisciplinary, multi-organizational science team worked for over a year to prepare for implementation of the Minute, including designing the pulse flow and establishing the monitoring program to assess its hydrologic and ecological responses. Then, from March 23 to May 18, 2014, 105,392 acre-feet (130 million cubic meters [mcm]) of water was released from Morelos Dam into the dry Delta, flooding more than 4,000 acres of riverbed landscape, and once again – briefly – the river met the sea for the first time since 2001.

Following the pulse flow, small amounts of water known as base flows were periodically released into the Delta to maintain and augment the pulse flow’s effects and maintain existing and restored habitat. A total of 57,621 acre-feet (71 mcm) of base flow deliveries were made during the five-year term of the Minute, ending December 31, 2017.

An important inclusion of the Minute was the requirement for ongoing scientific monitoring of results to help inform more effective applications of environmental water in the future. This work was conducted by a binational team of scientists led jointly by the University of Arizona, Sonoran Institute, The Nature Conservancy, and El Colegio de la Frontera Norte (COLEF). Included among the researchers were environmental experts from The Nature Conservancy, Pronatura Noroeste, and the Sonoran Institute. These three organizations are all members of Raise the River, a coalition of conservation organizations working to protect and restore the Colorado River Delta. Other members of Raise the River include the National Audubon Society, The Redford Center, and Restauremos El Colorado.

“Like the pulse flow itself, this report was a binational collaboration. Scientists from government agencies, academia, and conservation organizations on both sides of the border contributed to the monitoring efforts,” said Eloise Kendy, a senior freshwater scientist with The Nature Conservancy.

The team and the study 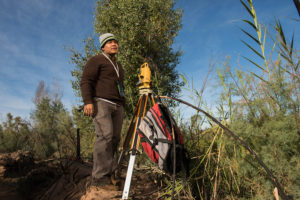 More than sixty scientists from universities, government agencies, and nongovernmental organizations from both Mexico and the U.S. were involved in either conducting the research or preparing the report, including El Colegio de la Frontera Norte, Pronatura Noroeste, The Nature Conservancy, Sonoran Institute, the Universidad Autónoma de Baja California, the University of Arizona, the U.S. Geological Survey, and the U.S. Bureau of Reclamation.

The study results published on November 28, 2018, detailed the changes in birds, plants, and groundwater in the delta since the pulse flow, which signifies that these ongoing water flows in the Colorado River Basin are helping to restore the native environment and bring back native flora and fauna to the arid Colorado River delta.

“The findings confirm that what the United States and Mexico are doing for the Delta is working”, said Jennifer Pitt, Director of the National Audubon Society’s Colorado River Project, who has been among the leaders of the delta restoration effort for many years. “It’s proof positive that adding a little water back into that ecosystem, coupled with active management of restoration sites, can work for people and birds.”

Not only was this the first‐ever scheduled delivery of water by the United States or Mexico into the Colorado River delta dedicated to improving the environment, but it was also the first time to have a formal monitoring program in place to measure the ecosystem response. The research effort was coordinated by a binational Environmental Work Group, established to oversee the monitoring process under Minute 319.

Included among the findings of the study are the following four notable achievements that resulted from this historic cooperative effort: 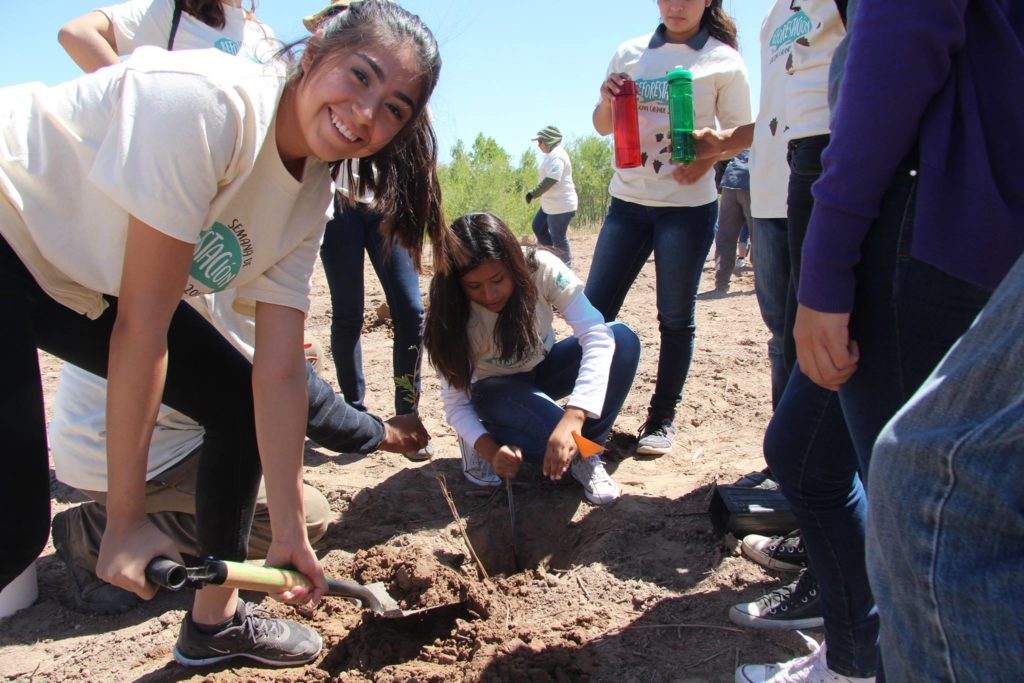 While social science was not a part of the study, the impact upon the neighboring communities was significant. Beyond wildlife, when the pulse flow occurred, it brought together local residents, including older generations who remembered the river, and younger generations who had never before seen it flow. In the subsequent years, Raise the River organizations have employed local community members for on-the-ground restoration work, conducted environmental education programs for area students of all ages, and have offered recreational and tree-planting days in the restoration sites. All of these activities have served to integrate the ongoing active restoration work into the fabric of the community.

“The social response has been truly remarkable,” says Gaby Caloca, Coordinator, Water and Wetlands Program, Pronatura Noroeste. She has observed the impact these activities have had in the region. “Experiencing these newly green areas and seeing water in places which previously had been dry and barren has had the added benefit of rejuvenating the spirit of the local community.”

Less than 1 percent of the Colorado’s historic flow to the delta was returned by the flows sanctioned under Minute 319, yet the strategic timing and placement of the water supported the thesis that a small amount of water is sufficient to restore crucial habitat for the birds and wildlife that have historically lived in the delta. It also provided lessons learned to be applied to future water deliveries.

“The most important lesson we learned is that a relatively small amount of water can go a long way toward restoring the Delta,” states Karen Schlatter, Associate Director of Water and Ecosystem Restoration, Sonoran Institute. “Efficient water application to managed restoration sites has established new native trees that are already 30 feet tall.” 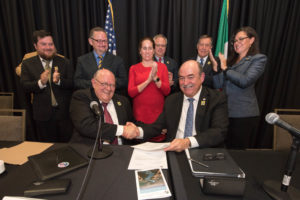 Minute 319 concluded in December 2017, and in September 2017 government officials, researchers, and coalition members of Raise the River successfully negotiated a successor agreement, Minute 323, to support continued cooperative work between Mexico and the U.S., covering a nine-year period through 2026. Minute 323 commits the United States and Mexico to work together to address potential Colorado River water shortages and to meet new water conservation and storage objectives. It represents the joint efforts of local, state, and the federal governments of both countries to set a course for a more secure water future for the more than 36 million people who rely on the Colorado River in the United States and Mexico.

“When diverse stakeholders collaborate on Colorado River water management, governments, communities, and the environment have much to gain,” adds Schlatter. “This project demonstrates that active restoration and targeted environmental water releases can provide significant benefits to managed rivers with little or no natural flows.”

The binational collaboration significantly advanced knowledge about how to restore native habitat in this region and how water supports the ecosystem. The results of this binational investigation provided a foundation of data and analysis which will inform future cooperative actions.

The report results confirm that the environmental flows created new habitat, and increased bird diversity. The broader results of this work also included a meaningful reconnection of local communities to the environment, as well as garnering broad community and philanthropic funder support. Just as the report showed that active restoration sites achieved the highest success rate, is also underscores the fact that the restoration of the delta is a long-term process.

Working together, greater good can result, as the recent final monitoring report on the environmental water deliveries into the Colorado River Delta has validated.