The episode connects the Sonoran Institute’s work in the Colorado River Delta with the L.A.-based band, Local Natives. It was shot on location in the Delta region, an expansive, sandy landscape near Mexicali, Mexico. Between a private acoustic set in the estuary and some incredible tacos the sixteen-hour shift was exceptional. Gaby says, “My favorite part of the day was getting to hang out and explore the river with the band. It was way more intense than a regular media tour. First, because this was a large group, production, sound, etc.—the whole package—while we usually host a couple reporters at a time. I loved seeing how they all worked together.”

VICE Impact describes Earthworks as “Basically a Planet Earth with musicians. In each episode a musician, band, rapper, or R&B star travels to an amazing ecological location anywhere in the world to learn more about its needs, the dangers it faces and how we can help save it. Along the way, the musicians play beautiful music connecting with the natural setting, sometimes even using the sound nature provides them.” Bringing environmental awareness to a young audience is important to the show’s creators because “Now, more than ever, it’s up to us, as young people, to take on this mantle of conservation, preservation, and action to show people these beautiful, life-giving places that will be lost to us if we don’t do something about it. The Colorado River doesn’t flow to the ocean anymore.”

“A lot of people think the river ends at the US-Mexico border, so it’s usually very surprising to find out there’s a river down here too and that there’s super committed people working to restore it and to better the communities around it.” said Gaby Gonzáles, who lives this work every day. The day on set took on new challenges with things like lighting, sound, working out logistics and a fair amount of time spent having to wait. The director even lost a shoe in the mud, but “he wasn’t fazed one bit,” according to Gaby. Overall, the time was spent immersed in the Delta, making sure the importance of the river was clear. 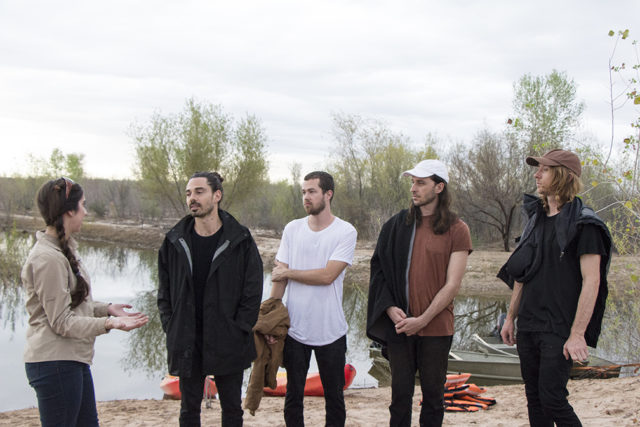 Karen Schlatter, Adaptive Management Specialist at the Sonoran Institute also helped orient the band and production team to the river. She’s adept at showing those who aren’t familiar with all the issues surrounding the Colorado River the history and recent work in the Delta. She described to the band members how they’re directly connected by living in Los Angeles, a city that relies on the Colorado River for its drinking water supply. Before the shoot, they were not entirely aware of the huge impacts of human water use on the environment. Karen enjoyed the chance to show them the positive side of “what is possible through restoration and community involvement.” She made sure to highlight “the fact that restoration of the Delta is a bi-national undertaking that involves collaboration on all levels, from water users in LA to US and Mexican governments to local communities.” 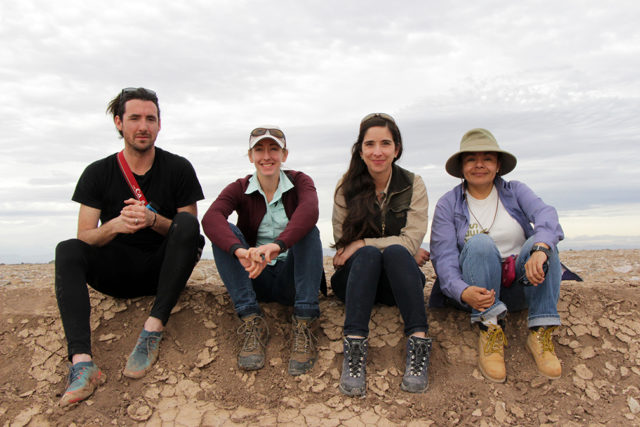 Gaby and Karen showed Local Natives and the Earthworks team how resilient the Delta is. Despite decades of degradation and desiccation of habitat, there are many areas that still support native plant and animal species, including several endangered and endemic species.

The audience for Earthworks is also resilient. It’s reassuring to hear VICE Impact relate that their younger audience has an environmental awareness, and knows that their generation is “open, conscious, perceptive, empathetic and primed to take this fight on and shift the tide of consciousness towards creating a real future for Mother Nature.” It’s the kind of mindset that makes for good collaboration. When asked why they saw the Sonoran Institute as the right organization to work with on this project, VICE Impact’s director of advocacy, Nick Carter, professed “The Sonoran Institute is doing incredible work to bring life back to the source that gives life to so many of us, the Colorado River. They are committed to one of the most noble causes anyone could commit themselves to and it was an honor for the band and the team to work with them.”

Plus, says Gaby, “kayaking in the river and exploring the riparian forest along it. I loved watching the band play! The scenery was super special; I wonder if they’d ever played in a place like this before.” What about another favorite moment? “Sharing tacos with the band…not your usual fan moment,” chose Gaby. “Those tacos were freaking amazing,” according to Karen.