A peek into Audubon’s scientific efforts to better understand a critical migration bottleneck. 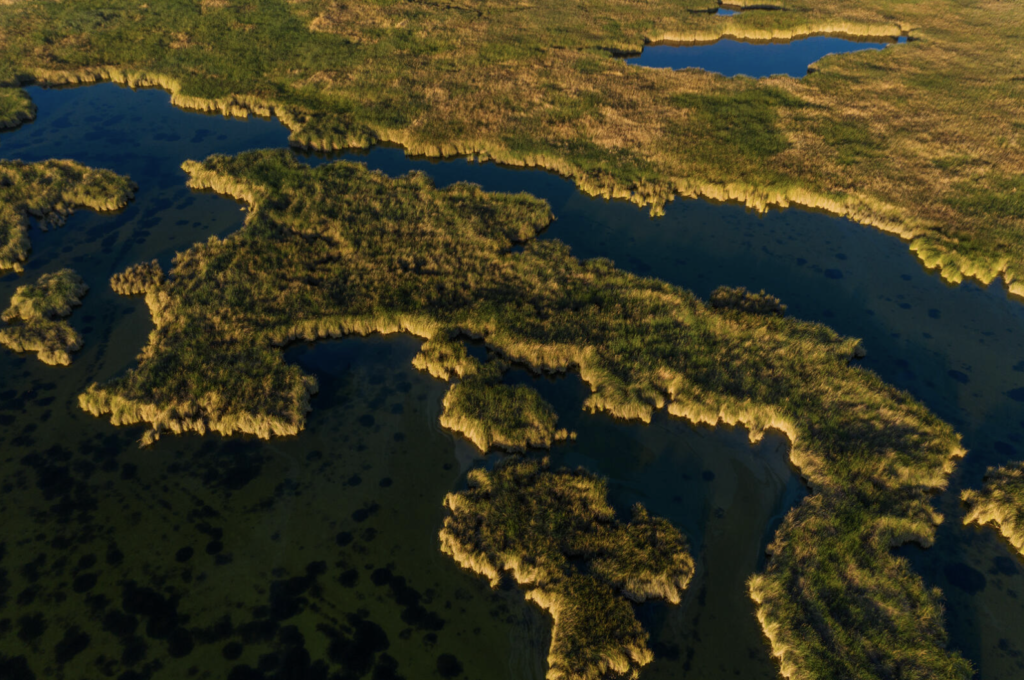 Nestled within the heart of the Pacific Flyway, nearly halfway between Alaska and Chile, the Colorado River Delta is one of the most important wetland ecosystems in the Western Hemisphere for birds. Many people also live there and rely on the river—for their homes, farms, and other businesses. Audubon’s own research, published in the journal Ornithological Applications, shows that this region of Mexico is critically important to the populations of over 100 landbird species. Millions of landbirds use the delta during migration, with some species, such as the Tree Swallow, seeing about 27% of their global population migrating through this corridor. But with its riparian habitats and expansive mudflats, the Delta is equally vital to the hundreds of thousands of shorebirds—like American Avocets, Willets, and Western Sandpipers—that overwinter here each year or migrate through to locations half a hemisphere away. Because a healthy Delta is important for the people in Mexicali Valley and essential to the survival of so many birds, and other wildlife, there are many ongoing efforts to protect and restore this area. Audubon—in partnership with the binational Raise the River coalition and federal and university partners in the United States and Mexico—is working to restore the Colorado River Delta and its associated wetland ecosystems.

To obtain data and better understand how birds use the Colorado River Delta, Audubon and our partners at Pronatura Noroeste initiated a semi-annual aerial shorebird survey, conducted three times each spring and fall, to evaluate the impacts of water deliveries for the environment and its effects on shorebirds. This is all done within the context of Minute 323—a binational agreement between the United States and Mexico. While the study is just starting and will continue until at least 2023, we wanted to give you some insight into what we are studying.

Audubon and Pronatura Noroeste, with support from LightHawk (a non-profit conservation flying organization), conducted the first surveys of the multi-year study in 2021. These surveys, both airplane-based and on-the-ground, took place during the spring and fall migration seasons, with three surveys each season spaced approximately two to four weeks apart.

For the airplane portions of the survey, Audubon hired Jonathan Vargas Vega, a local shorebird observer, to join LightHawk volunteer pilots. The purpose and benefit of the aerial surveys are to conduct shorebird counts over large and remote areas of shorebird mudflat habitat, which make up a large portion of the Delta’s composition but are otherwise inaccessible. While counting every bird in an entire ecosystem is impossible, researchers can obtain accurate snapshots through aerial surveys, which cover large areas in a relatively short period of time. 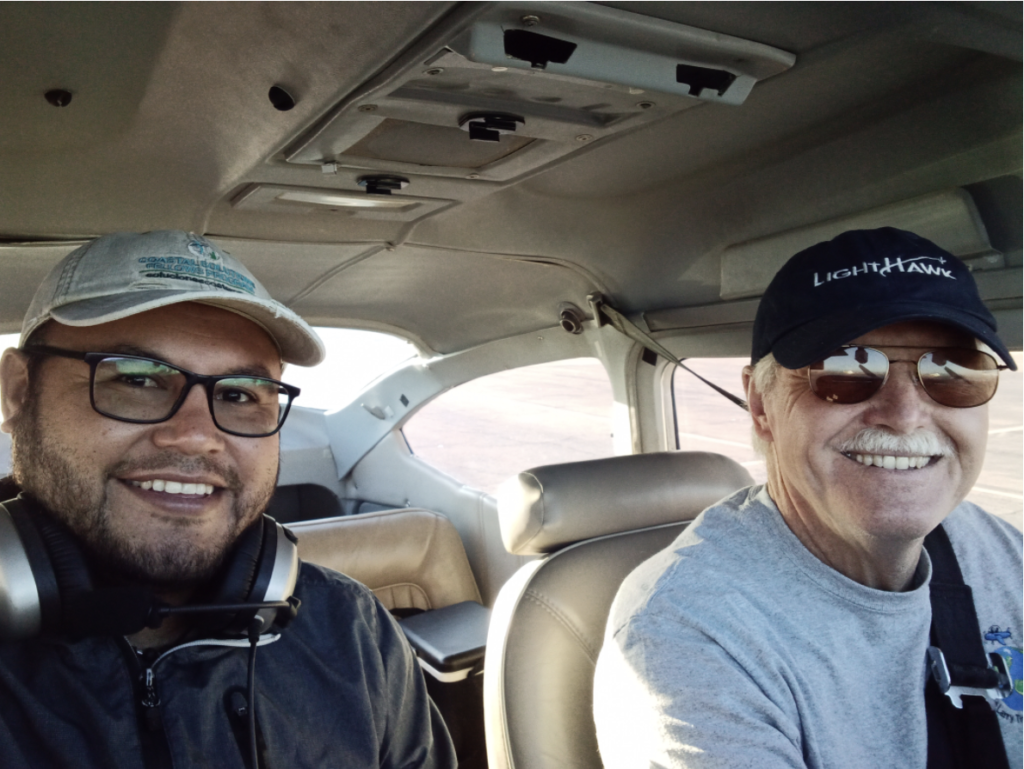 Over time, the weight of these snapshots is compounded, providing researchers with critical insight into changes in the number, timing, and locations of migrating shorebirds. These changes can be further linked to various factors including water management, habitat loss or restoration, and climate change.

As our quantitative ecologist Tim Meehan put it, “Getting a birds-eye view of when, where, and how many shorebirds are using the Delta will help us evaluate the effectiveness of ongoing water policy and habitat restoration work being conducted by Audubon and its international government and NGO partners. This work both creates a solid baseline for evaluation and serves as a measure of how things improve as work is conducted.”

For the aerial surveys, planes departed from the Mexicali International Airport in Baja California, Mexico, and flew over the same pre-determined flight-line across the Delta. Partners of the study and local collaborators established priority areas for flights with a particular focus on two areas: along the main stem of the river that is affected by instream flow management and site-level habitat restoration, and within the Cienega de Santa Clara, the largest remaining wetland in the Colorado River Delta.

During these flights, the expertise provided by LightHawk’s volunteer pilots really shines.

The goal is generally to fly as low and slow as possible, giving the observer the ability to identify, count, and record the shorebirds, which under normal conditions on land are difficult enough to identify. During the aerial surveys, from within the plane, the observer records shorebirds to species whenever possible. When unable, shorebirds are identified to the most appropriate taxonomic grouping (e.g., small plovers, yellowlegs, peeps, and phalaropes) or by size (e.g., small, medium, large). When conducting these surveys habitat matters, especially when it is tied to water levels and pulse flows. In addition to shorebird totals, the aerial observer also estimated the percent cover of surface water, vegetation, mudflat, and bare ground at each of the count locations where shorebirds were present.

As Vargas and various LightHawk pilots—Bill Rush, Will Worthington, and Ray Lee—flew the transect, perfectly timed with the neap tide to improve the rate of success, three to four Pronatura Noroeste ground crews simultaneously surveyed shorebirds from land across ten sampling units. Unlike with an airplane, ground surveys are limited to locations accessible by automobile or, at times, small boats, which were employed during these surveys for a few locations. As with the aerial portion of the survey, habitat variables were measured at each site from the ground and included the percent of flooded, vegetated, and bare ground. One of the benefits of running ground surveys concurrently with the aerial surveys is that the surveys from land can support and bolster the aerial observations where they overlap by providing increased accuracy in count numbers and more precise information on bird taxonomy. 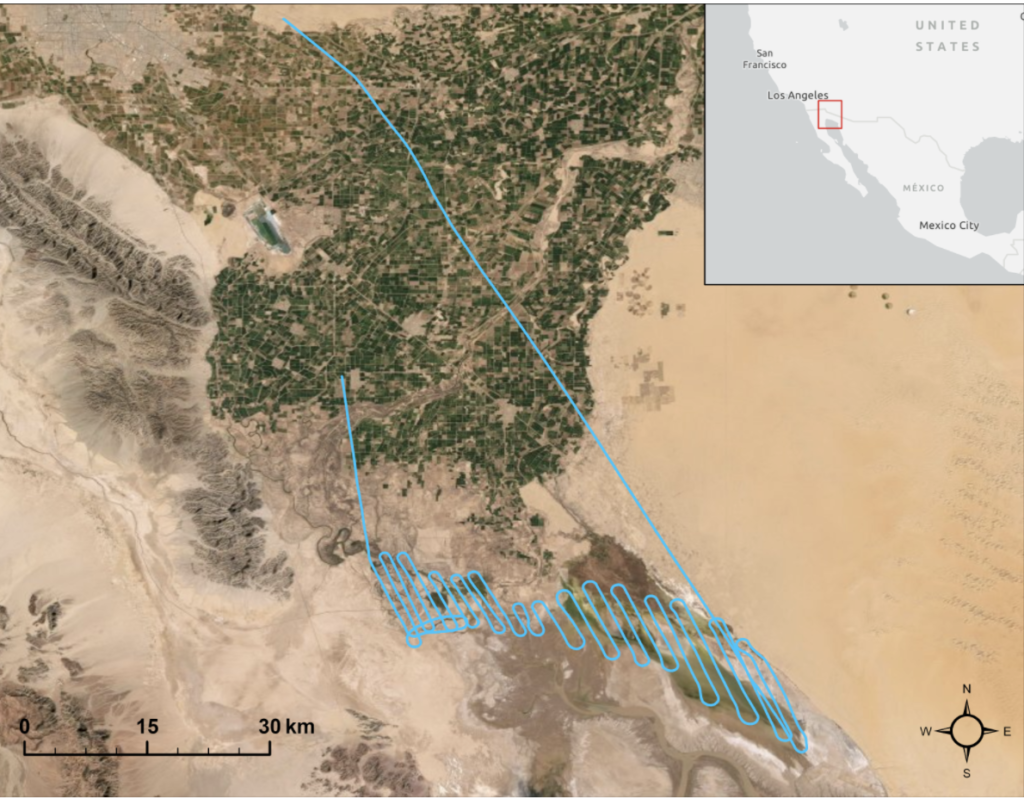 During the three spring surveys of April and May 2021, approximately 31,000 shorebirds across ten species were counted from the air, with most falling within the small shorebird category, unable to be identified to species. Identifying shorebirds is difficult! From a plane, with no binoculars, it can be nearly impossible. While less numerous, some of the more regularly identifiable shorebirds identified from the air, likely owing to their larger size, include American Avocet, Willet, Long-billed Curlew, and Whimbrel.

Across the three fall surveys in 2021, we counted approximately 33,000 total shorebirds. These fell across seven identifiable species and several categories of shorebirds, with the small shorebird species once again representing the highest abundance, followed by large shorebirds (e.g., avocets, curlews) and those that would be considered medium-sized species.

With six surveys completed, three each for the spring and fall of 2021, this research is just beginning. We’ll do the same counts in 2022 and 2023, and hopefully several years beyond that. Nevertheless, they are beginning to paint the picture of shorebird presence and habitat use within the Delta.

“The initial surveys provide a baseline,” Meehan said. “We get to know how many birds there are, and where they are spending their time. By comparing locations where birds are more or less abundant, we start to get a picture of what the birds value for habitat.  The real power comes after, say, a decade of counts. This allows us to look variation in bird abundance over both space and time. By looking at variation over space and time, we have more confidence in our conclusions and get to learn about how birds respond to conservation actions.”

These surveys also reflect the importance of multi-national partnerships for studying and conserving species that are hemispheric migrants. For shorebirds that breed in the Arctic and winter in Chile, there are no such things as geopolitical boundaries. If we want to protect them for generations to come, we must do our best to remove those boundaries through collaborative partnerships across the hemisphere, on their breeding and wintering grounds, and at important rest stops along their incredible annual journey.