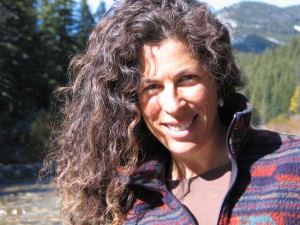 Water creeping, then pouring, then flowing into bone-dry sand until the desiccated channel transformed into a bona-fide river once again. Children splashing and kayakers paddling in a river they had never seen before—a celebration of a river reborn. These are the images I recall from a year ago, when I travelled along this road, just south of the U.S. / Mexico border.

These amazing memories came rushing back recently as I traveled once again to the path of the historic March 23, 2014, pulse flow. The pulse flow was an experimental release of water designed to mimic spring runoffs and rejuvenate the dry Colorado River Delta. Of course, I was anxious to see the changes the “pulse of life” had brought forth.

The release of Colorado River water back into its parched Delta was a shining star of cooperation for the environment. Discover Magazine and the US Department of Interior are among those hailing the event as a top achievement of 2014.

By all accounts, the pulse flow’s most important outcome is that it actually happened. For so long, the forces against it seemed overwhelming. In fact, the Raise the River Coalition – The Nature Conservancy, Environmental Defense Fund, Sonoran Institute, Redford Center, Pronatura Noereste, and the National Fish and Wildlife Foundation – negotiated on behalf of nature with the U.S. and Mexican governments for more than a decade before an agreement was reached to release water to restore the Delta!

With western water such a scarce commodity and so many entities drawing water from the Colorado River, any change to status quo water management was met with fear and suspicion. It took an earthquake, which destroyed canals bringing the water to Mexican farms, to get both nations to agree to retain enough of Mexico’s foregone water allotment in Lake Mead to enable the pulse flow to happen.

By temporarily storing water at Lake Mead, more than 105,000 acre-feet of water (equal to 34 billion gallons) was released in one large pulse between March 23 and May 18, 2014. Even though that’s less than 0.1% of the annual water allocated to the seven U.S. states and Republic of Mexico for consumptive uses, it is a lot of water – and represents the first-ever international flow restoration agreement. Since it came as such a big surge over such a short time, the river channel was inundated. Cottonwood and willow seeds floated in the air, perfectly timed for this opportunistic watering. To everyone’s surprise and delight, the pulse flow temporarily connected the river with the Gulf of California – something that hadn’t happened in decades.

I’ve been part of a bi-national science team monitoring the effects the water had on the river environment. Science, photos and anecdotes are painting a clear picture – one year later.

In terms of restoration, everything we expected to happen, happened. We expected native willows and cottonwoods to germinate wherever the pulse flow inundated bare soil, and that happened. A natural flood would have scoured out old vegetation, leaving fresh surfaces for new seedlings to germinate. We knew the pulse flow was too small to do that critical scouring work. As a result, native plants germinated primarily on surfaces that were recently cleared, mostly in restoration areas along the river’s path.

We also expected the new seedlings to survive where they received supplemental water through the summer. That happened too. The supplemental water, officially called “base flow,” is water that’s purchased from willing Mexican farmers by the Colorado Delta Water Trust, in partnership with the Raise the River coalition.

We also discovered new seedlings did not survive where they didn’t get water through the summer. We expected that, but secretly hoped we would be wrong.

Base flow water is limited, so it is strategically delivered only to places where the groundwater table is high enough for new growth eventually to become self-sustaining. In one area, willows that germinated during the pulse flow were already well over our heads just six months later! (See photo, below.) This confirmed our theory that a pulse flow is only one of several critical ingredients – scouring, seeds, and sustained access to water — for establishing new streamside habitat. 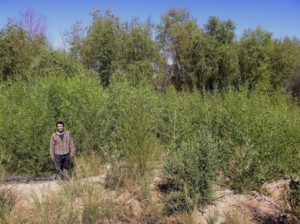 Bi-national negotiations for another agreement will be beginning soon. Our goal is to restore more river reaches until, over time, we fulfill our long-term vision of well-connected, self-sustaining streamside habitat that supports diverse local and migratory birds in the Delta. To that end, the bi-national science team will continue to monitor hydrology, vegetation, and wildlife through 2017 to inform the design of future pulse flows.

As a scientist who cares deeply about the environment, it’s hard to put into words what it means to be part of this successful and historic experiment.

Eloise Kendy is a member of the bi-national science team that designed the Delta Pulse Flow and monitoring program, and is the Director of the Environmental Flows Program, The Nature Conservancy.