Canal maintenance a reminder of the 2014 pulse flow 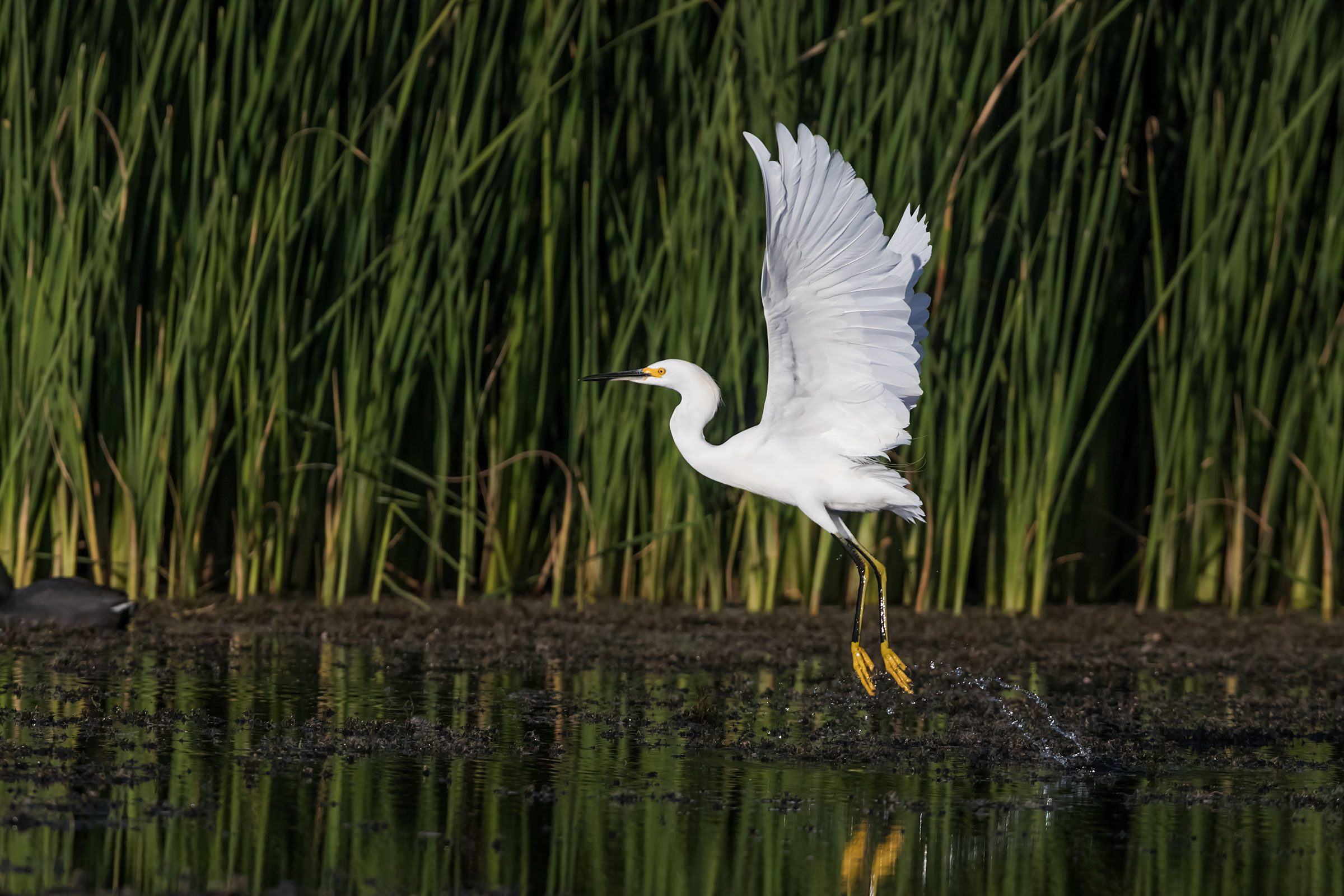 Tomorrow, water will flow again in the Colorado River along the US-Mexico border. The long-dried out channel—the final 100 miles of the Colorado River before it ends at the Gulf of California—has not seen this much water since the 2014 “pulse flow.”

But the nearly 50-year-old canal is badly in need of repair. So the U.S. Bureau of Reclamation (Reclamation) will close it temporarily, and with nowhere else to put the brackish water (which cannot be used for farming, or even for swimming), they will divert it back into the Colorado River, below Mexico’s diversion at Morelos Dam, where it does not mix with Mexico’s water supply.

Repairs to the canal will extend its life, which is a good thing, because the Ciénega and the birds that call it home rely on this water. When first built, the canal’s terminus was dry mudflats, land that was once the eastern extent of the lush Colorado River Delta ecosystem of nearly two million acres. When the Colorado River Delta went dry, that entire ecosystem shriveled. The canal was not designed to resurrect delta wetlands, but inadvertently it did.

Today the Ciénega de Santa Clara is a watery and green expanse, standing in extraordinary contrast to the Sonoran Desert that surrounds it. It harbors hundreds of thousands of birds, including the world’s largest remaining population of Yuma Ridgway’s Rail, an endangered species. On a visit you can see long lines of White-faced Ibis in flight, squadrons of pelicans, ducks and cormorants by the hundreds. It is a spectacular oasis, 40,000 acres protected in Mexico as a Biosphere Reserve.

Scheduled repairs mean the canal must sit dry for 3-4 months. In the short term, the Ciénega de Santa Clara is deprived of that water supply. Migrating waterfowl are not present in the fall, although resident and partially-resident species like the Yuma Ridgway’s Rail will be impacted. Fortunately, the disruption to flows will be relatively short-lived, and the United States has funded a binational team that includes Audubon scientists to document the impacts and the recovery. The monitoring effort has been coordinated with the International Boundary and Water Commission, and includes scientists from both the United States and Mexico.

However, a more serious threat to the Ciénega de Santa Clara looms. If operated, the dormant Yuma Desalting Plant could divert the canal’s flow on a more permanent basis. Reclamation might do that to increase water reserves in Colorado River reservoirs. In the wake of the 2019 Lower Colorado River Drought Contingency Plan, that is a real possibility as it commits Reclamation to work on approaches to find 100,000 acre-feet of water (about 100,000 football fields in water one-foot deep) annually. Finding “new” water is a tall order for an agency that does not have a Colorado River allocation. The desalting plant would deplete the water in the canal, replacing it with super-salty brine waste. That would be a double-hit to the Ciénega de Santa Clara, severely reducing both quantity and quality of the water that sustains it. The wetlands and the birds that call it home would be devastated. Because the United States and Mexico do not yet have a treaty agreement to protect the Ciénega de Santa Clara’s water supply, the threat is real.

Fortunately, Reclamation has alternatives. The agency is already implementing infrastructure improvements and other programs that can help, and there is more that can be done. Rehabilitation of faltering pumps, improved operations of existing infrastructure, and paying water users to conserve could create just as much “new” water—and for far less cost.

In the meantime, water will flow in the Colorado River Delta. Though the drainwater is not safe for human contact (both the United States and Mexico have posted warnings), and is too salty to help the few native trees that grow riverside, it is an important reminder that this river needs water.

Back in 2014, the United States and Mexico, in accordance with a binational agreement (Minute 319), created a “pulse flow” in the Colorado River Delta to simulate, at a small scale, the spring flood that once took place every year. The pulse flow was celebrated near and far as an unprecedented nod from the governments, that nature and local communities were worthy beneficiaries of a flowing river. It was an infusion of life-giving water that – at least temporarily – created habitat for hundreds of species of birds, and the return of the river to the sea.

In a successor agreement signed in 2017 (Minute 323), the United States and Mexico committed again to send a modest—but ecologically significant—volume of Colorado River water for the environment into the Delta. While cooperative planning is underway, their water has not yet been delivered, and it must soon.

The canal repair reminds us of what is at stake, including a Delta ecosystem that still needs water, communities that mourn the loss of the river in their midst, and a large wetlands oasis sustained by an uncertain water supply. Can the United States and Mexico commit to provide water to these last remnants of nature in the Colorado River Delta?