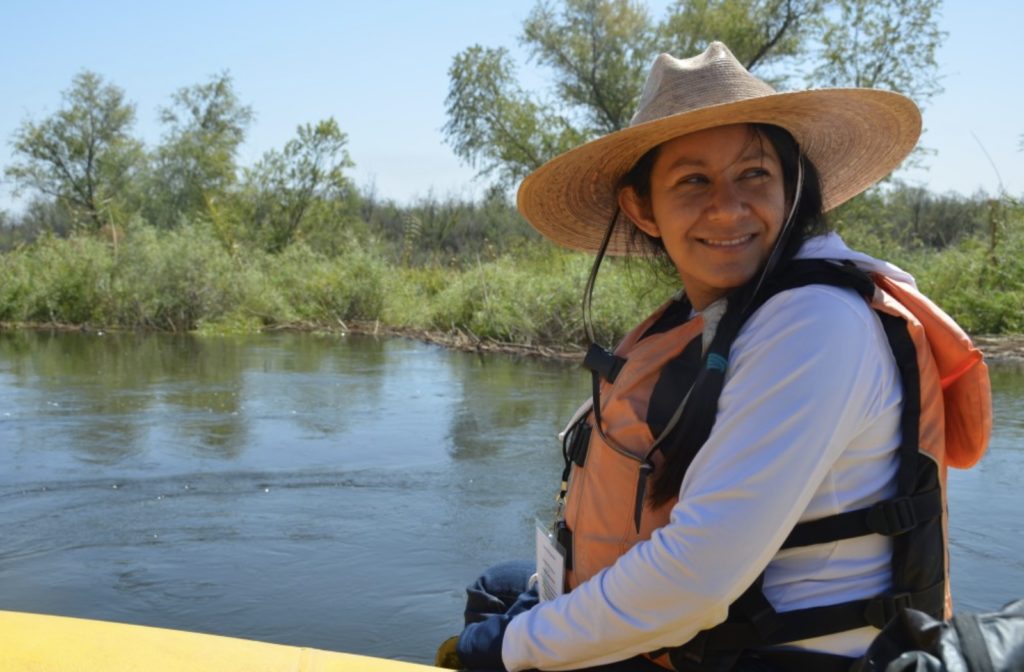 “I love seeing the joy that the river brings people – the happiness it brings a community,” says Yamilett Carrillo of Restauremos el Colorado, in this beautiful profile of her work in the Colorado River Delta. As part of our coalition of partners, Yami’s work plays an important role in the ongoing collaboration between the United States and Mexico to deliver water to the parched delta, restoring flows and supporting restored riparian habitat areas.

We invite you to read the full profile here, which originally appeared as a “Story” by the Walton Family Foundation, a valued supporter of our work in the Colorado River Delta. 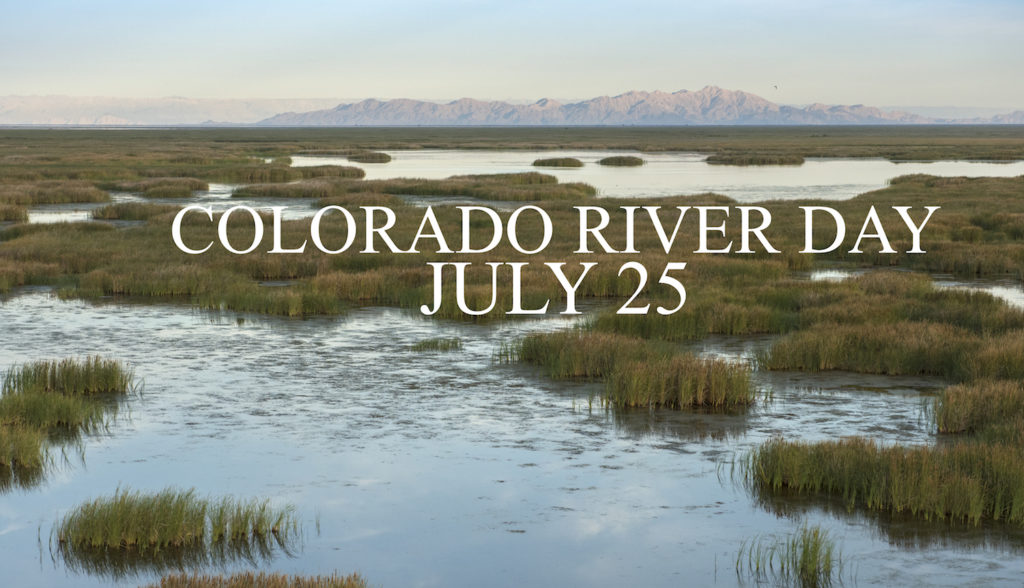 Colorado River Day is honored each year on July 25th as a day in which people come together across divides in support of maintaining a sustainable Colorado River. We’re celebrating this mighty river that we are helping to restore by launching a new fundraising campaign to bring students from the Delta region to our Laguna Grande restoration site.

From July 25 to October 31, Raise the River is looking to raise $1,500 in donations to support 300 Student Field Visits to our new Interactive Center at the Laguna Grande Restoration Site. These visits help foster a sense of connection to the Colorado River in a generation of youth that has grown up without ever experiencing the river flow alongside their towns.

This area of the Delta is now dry and barren, with the exception of a collection of restoration sites. Through active management at these sites, we are working to bring water and life back to this region. 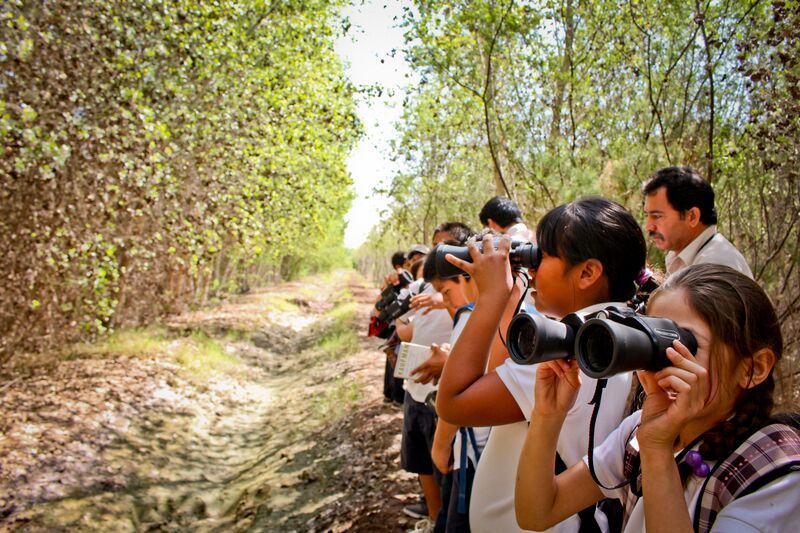 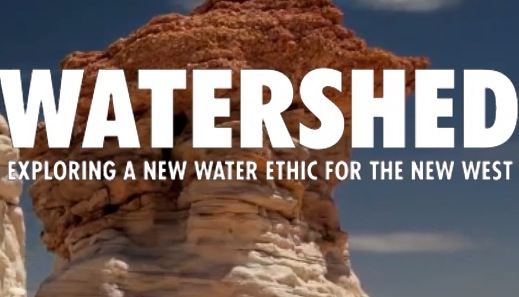 Join us in celebrating Colorado River Day by watching WATERSHED. July 25, 2018 is the 97th anniversary of this day in 1921 when U.S. federal legislation was passed to officially re-name the river from the “Grande” to the “Colorado”. We now commemorate this day by encouraging people to come together across divides in support of maintaining a sustainable Colorado River.

WATERSHED — the film that launched the Raise the River initiative to restore water and life to this region — is available for viewing on both Netflix and iTunes.

Executive produced and narrated by Robert Redford and directed by award-winning filmmaker Mark Decena, WATERSHED tells the story of the threats to the once-mighty Colorado River and offers solutions for a new water ethic for the new American West. As the most dammed, dibbed, and diverted river in the world struggles to support forty million people and the peace-keeping agreement known as the Colorado River Pact reaches its limits, WATERSHED introduces hope.
Since its’ 2012 release WATERSHED has:
Join us in celebratingColorado River Day on July 25 by watching WATERSHED, or by adding it to your watch-list. And, when you add your review or rating, it helps to make the ranking higher for this award-winning story of the Colorado River Delta.
Share the news! 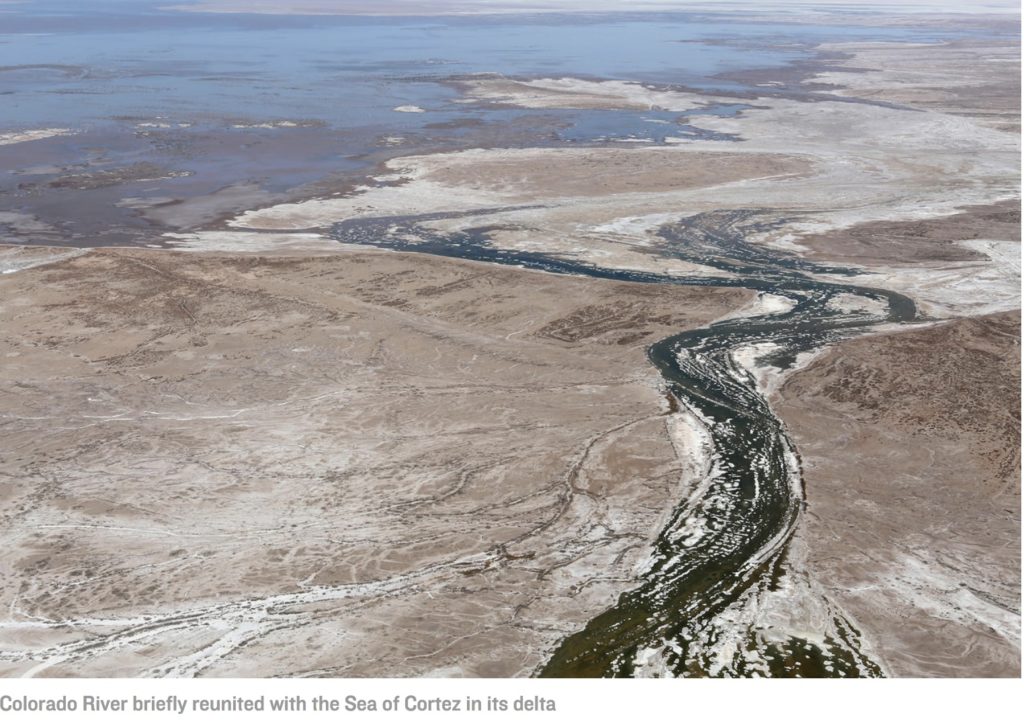 After a decades-long decline, a dying wetland gets a second chance, with the help of cross-border collaboration between the United States and Mexico. A comprehensive summary of the efforts of Raise the River in the Colorado Delta — including the 2014 pulse flow and its long-term effects. This story features our on-the-ground coalition team members including Jennifer Pitt, Francisco Zamora, Karen Schlatter, and Yuli Dimas — as well as many other project supporters. From onEarth by the Natural Resources Defense Council. 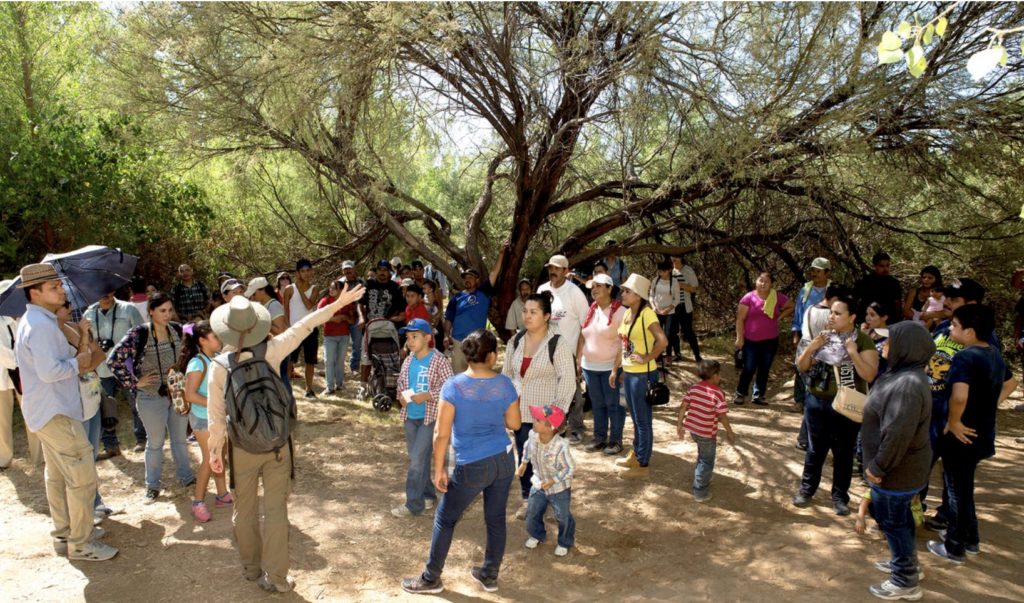 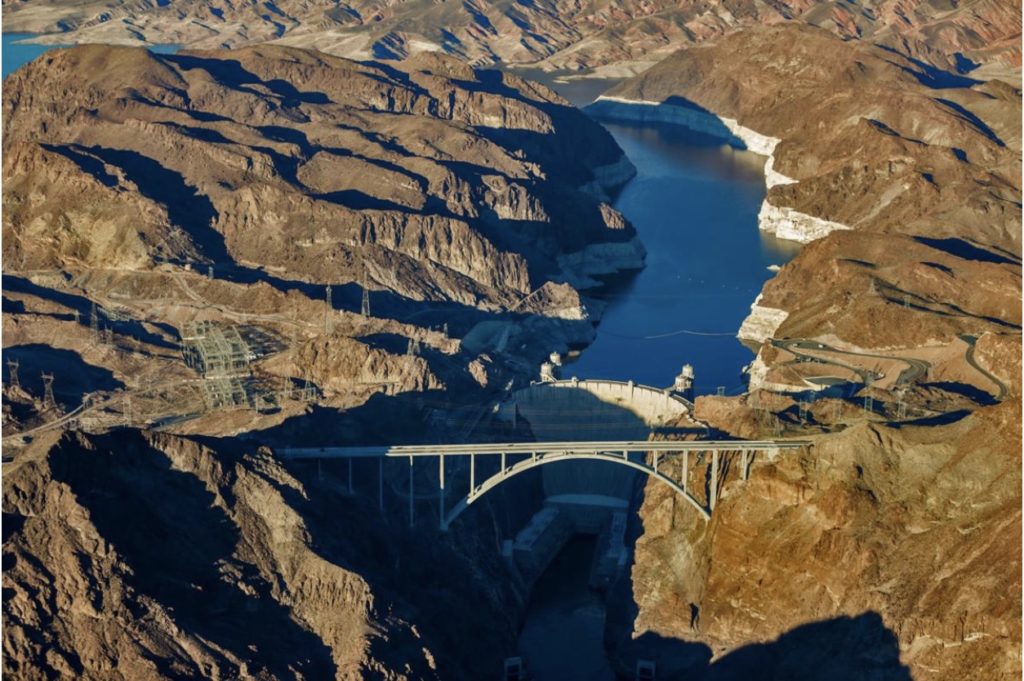 From our friend and supporter at the Walton Family Foundation, Ted Kowalski offers his thoughts on finding long-term solutions to the usage of water from the Colorado River: “While the challenges facing the Colorado River are significant, this does not mean that there aren’t solutions — there are. But we must improve how we use and manage the water resources of the Colorado River Basin.” From Tucson.com; please read and share: